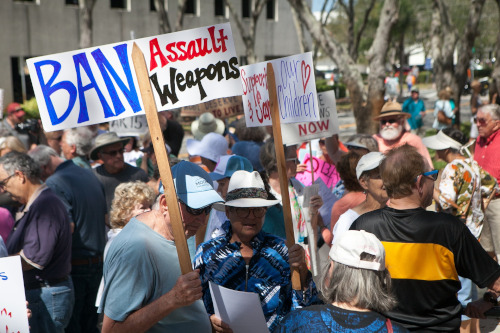 Teen Suicide in the Era of Mass Violence and the True Cost of Trauma. Revisiting the Importance of Mental Health Therapies Addressing Trauma Suicide Assessment and Prevention

“Sometimes even to live is an act of courage."

A community in mourning. A nation that grieves.

The deaths of nineteen year old Sydney Aiello and sixteen-year-old Calvin Desir, both survivors of the Parkland Massacre, rocked the nation with a new wave of grief. These reported suicides served to remind us of the lasting effect of trauma, hurt that doesn't heal without intervention, and the importance of finding answers to the mental health issues that plague us as a nation.

We must do better. For ourselves... for our children.

How do we heal the collective trauma of innocent lives lost, and move beyond grief, debilitating anxiety, and depression?

How do we lead our young-adult children out of the grip of terror and back to a sense of hope for the future?

How do we avoid suicide contagion, especially among adolescents who are exposed to the incidence of suicide among those they consider to be peers?

It is time now, to address the true cost of trauma. To embrace a path of peace and wholeness that honors those we've lost.

Suicide, in times past, carried a stigma. Largely avoided as a topic of discussion in "polite" society, people devastated by such a tragic loss tended to internalize their grief rather than uncover or share the emotions that such a tragedy elicits. This approach is a luxury we can no longer afford. The misinterpretation of what leads a person to take their own life may have been a contributing factor in society's efforts to avoid a conversation on suicide. Answers exist. It's our responsibility to utilize all resources, to pursue a path to peace.

“Killing oneself is, anyway, a misnomer. We don't kill ourselves. We are simply defeated by the long, hard struggle to stay alive. When somebody dies after a long illness, people are apt to say, with a note of approval, "He fought so hard." And they are inclined to think, about a suicide, that no fight was involved, that somebody simply gave up. This is quite wrong."

-Sally Brampton, Shoot the Damn Dog: A Memoir of Depression

When we reflect on Sally's words, we're presented with an insight that could change the perception of suicide - and of suicide prevention as a mental health treatment solution for anyone who's at risk. As a society continually touched by trauma, we're beginning to recognize the consequences of our naivety of times past. Burying the pain does nothing to quell emotional turmoil. Healing is only possible through an exploration of the emotional landscape that is central to mental health challenges such as depression and anxiety. In the wake of tragedies like Parkland, Sandy Hook, or Columbine - the loss, the grief, and an inescapable sense of helplessness belong to all of us, regardless of physical proximity to such traumatic events.

Who is most susceptible?

Young adults are most susceptible to experiencing these emotions. Institutions previously considered to be safe - schools - are now evolving as potential venues of terror. Aside from grief, our youngsters are now burdened with a viable threat to their safety and security - every day. This is, at its core, a justifiable fear, one that is rooted within our society. Media is everywhere, reminding us, and at its worst... fueling contagion. In reference to suicide, sparking an escape to people most vulnerable to their own turbulent thoughts and anxieties.

How do we reconcile this reality in our own minds, much less the minds of our children?

Professional psychotherapy has answers to what ails us.

Professional counseling is central to the task of shifting the emotional trauma that fuels anxiety and depression, both of which are contributing factors to the incidence of suicide. With an ever-evolving toolbox of techniques, the modern psychiatrist offers relief for all types and levels of depression as well as other mental health issues. For children and adolescents, it's preferable to enlist the services of a trained Child Psychiatrist. Treatment protocols are tailored specifically to younger patients and require the expertise of a psychiatrist trained to diagnose and administer a wide range of therapies.

"We don't see things as they are; we see them as we are."

We perceive the world through the lens of our experience.Trauma shakes the very foundations of our worldview, leaving us unstable and vulnerable. Loss of trust in the inherent goodness of people distorts our sense of peace and safety, leading to anxiety and depression. If Sally's statement above is true; that the decision to commit suicide comes only after a long hard fight for survival, then perhaps we as a society are missing a serious element that would propel that fight toward victory rather than defeat. That element? Treatment.

We have the tools to move beyond trauma ... if only we deny and rise above outdated beliefs and the unwarranted stigma that surrounded mental health in times past. In a world of cyber-communication, headlines that traumatize us on a daily basis (some using sensationalism as an avenue to incite), we are more susceptible to trauma than ever before in history. The consequence of the information highway can often lead to contagions that are inherently destructive, regardless of lack of intent.

How do we counter this tendency to react to whatever "leads because it bleeds"?

We must actively pursue coping mechanisms that help us to assimilate information, further utilizing that knowledge productively toward affecting positive change. Change within ourselves, and changes to society...

But, in the absence of experience, our children simply absorb the trauma.

They don't readily draw from a context of the larger picture, that of using tragedy to affect social change. Even adults, those working diligently toward prompting legislation or promoting stricter regulation, often become disillusioned with the process of using tragedy as a catalyst to reform.

In the wake of the Parkland survivor suicides, news of the death of Jeremy Richman reached us just days later. His daughter, Arielle, was one of 20 first-graders to die in the Sandy Hook Massacre. Mr. Richman conducted research on brain development. Yet, as testament to the reality that tragedy never leaves, despite his ability to function on a professional level, he succumbed to defeat in terms of the daily emotional struggle of surviving such a devastating loss.

For your children, and for yourselves... don't ignore the signs and symptoms of depression, anxiety, or resignation to the status quo.

Signs and Symptoms to watch for:

Signs of depression may not be overt, but if contrasted with what has otherwise been normal behavior prior to trauma, these behaviors could indicate that depression is brewing:

Consulting with a mental health professional is your first line of defense in dealing with emotional challenges that can seem limiting and often, overwhelming. Early detection and intervention can simplify and expedite healing.

Therapies that have proven effective in coping with depression:

Talk therapy is facilitated by a professional psychiatrist. This therapy quells anxiety and relieves depression. It helps patients to process and work past emotions and thoughts that contribute to their depression. With a focus on building effective coping mechanisms, the patient draws upon these techniques as he/she continues to work towards freedom from depression.

Family therapy gives parents greater insight into monitoring and supporting their child in adopting new thought habits. Depression and anxiety intrude into all areas of a sufferer's life, affecting relationships with family, friends, and peers.

In conjunction with talk therapy, meditation and Yoga are great activities that reduce stress and have been shown to help alleviate depression.

Yoga provides natural anxiety relief. It modulates the stress response and helps anxiety sufferers manage symptoms. Mindfulness meditation can greatly increase focus, reduce rumination, and dispel negative thinking. It has also been shown to be effective in preventing relapse of major depression. This is an activity that families can enjoy together, a win-win for everyone.

Having a go-to family team of support greatly enhances the success of mental health counseling.

Medication may be prescribed in addition to counseling.

Antidepressant drugs can be an effective treatment for alleviating depression in teens and children. Careful monitoring is necessary as rare side effects can occur. Your doctor will help you to make an informed decision about the use of medication as part of the treatment protocol for your child.

The FDA has approved the following medication for the treatment of depression:

New therapies have emerged that are more immediate in terms of alleviating depression:

Ketamine Infusion therapy is classified as a disassociative anesthetic and is approved for use in hospitals and medical settings. This therapy has been shown to significantly reduce suicidal thoughts in participants with major depression in 24 hours.

Esketamine Nasal Spray Spravato is new to the market and is a prescription nasal spray used in conjunction with oral anti-depressants for treatment-resistant depression in adults. Because it's self-administered, it is not approved for use in children.

A new non-medication intervention for hard to treat Major Depressive Disorder in adults:

Transcranial Magnetic Stimulation is an FDA approved therapy for Major Depressive Disorder - for those patients that have not experienced significant improvement via anti-depressant medications and talk therapy. TMS is an effective non-medication intervention but is not FDA approved yet for kids.

Now, more than ever, it's necessary to address the challenges of maintaining hope in an atmosphere that lends itself to despair. We need to support our youth in drawing on deep resources of conscience, resilience, positivity, and hope - to encourage them to move beyond despair and anxiety, to use their gifts in service to a better reality and a future filled with joy.

As parents, we need to watch for signs of depression - in ourselves, and in our children.

Further, we need to put our own grief to work in advocacy for mental health programs that are accessible to all, especially so for our children in what seems a particularly divisive and challenging period in our society.

If we, as individuals, are just a drop of water in the sea of humanity, surely we recognize ourselves as integral components of a consciousness that can lift our collective reality.

Be your best self.

Future Psych Solutions will be there with you and for you every step of the way.

Thoughts are things, they create our reality.

Garner the power of professional mental health counseling in creating your best life.

Take control of your mental health.

Create a new and sustainable reality of wellness.

For yourself. For your children.

To learn more about treatment options available to treat depression and anxiety, please call us at (803) 335-5232

Help is available 24 hours per day 7 days a week. Confidential.